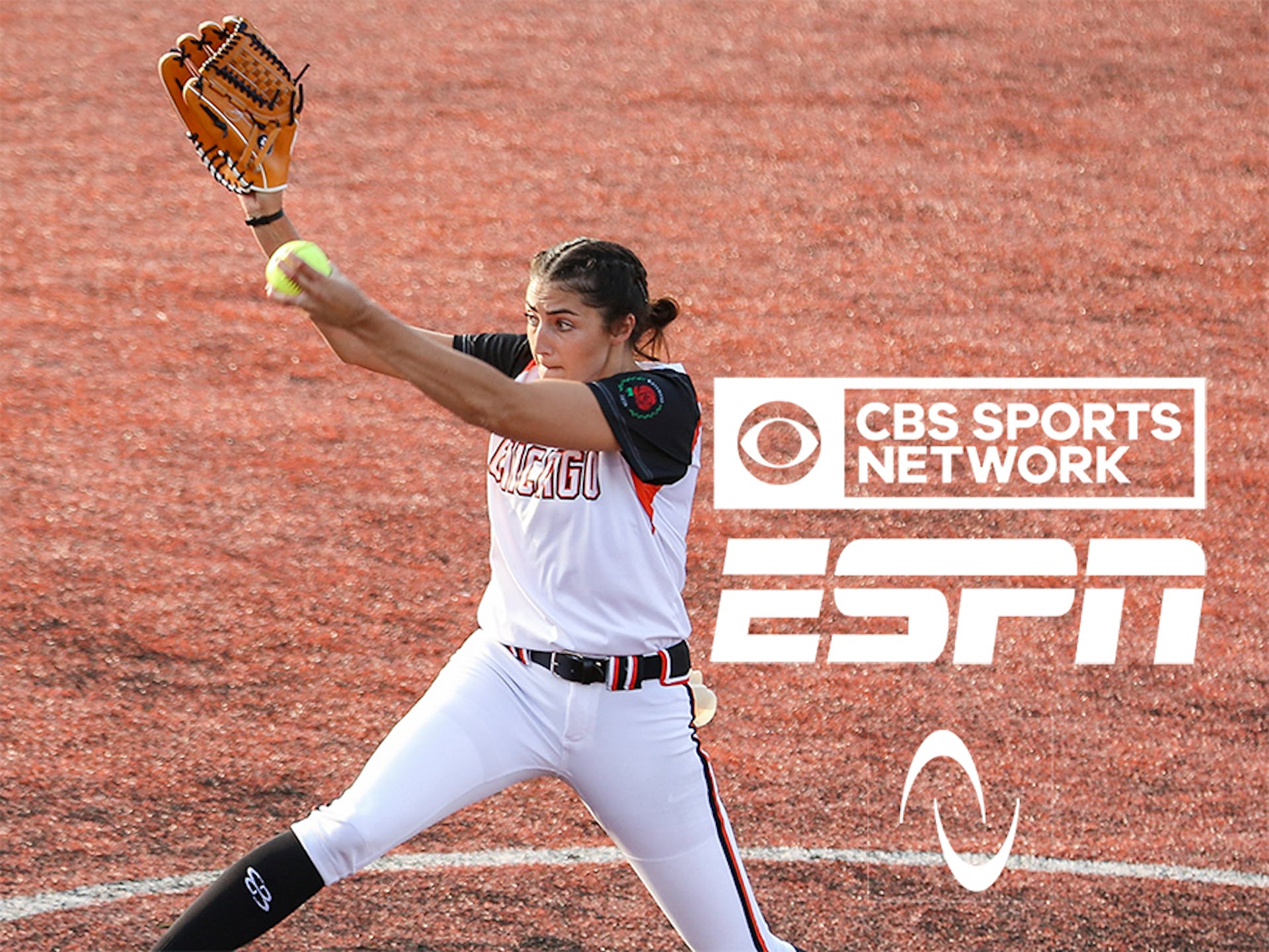 All games of the inaugural softball season will be broadcast live this summer starting Aug. 30

New York, NY (June 30, 2020) – When 56 of the world’s best softball players take the field for Athletes Unlimited’s inaugural softball league at Parkway Bank Sports Complex in Rosemont, Illinois, from August 29 to September 28, fans will be able to watch all 30 games live thanks to agreements with CBS Sports and ESPN.

As the lead broadcast television partner CBS Sports Network will televise seven games in the United States and Canada including the weekly matchup between the top two team captains.

“We are thrilled to be working with CBS and ESPN. It was extremely important to us to offer our games to a broad audience and not require an additional paid subscription. These deals will allow our games to reach as wide of an audience as possible of both existing fans of softball as well as general sports fans. These partnerships will provide sports fans with the opportunity to watch every second of competition featuring the best softball players on the planet this summer,” said Jon Patricof, Co-Founder and CEO of Athletes Unlimited. “We look forward to highlighting our players through compelling storytelling and incorporating new technologies that will cover every angle of play and integrate content from both players and our fans.”

“We are excited to showcase the inaugural season of Athletes Unlimited on CBS Sports Network and bring a unique viewing experience to softball fans,” said Dan Weinberg, CBS Sports Executive Vice President, Programming. “It is a wonderful addition to the CBS Sports Network lineup as we continue to add innovative properties to our growing roster of programming.”

“The newly-formed Athletes Unlimited offers fans a distinctive new competitive set-up, along with an innovative viewer experience,” said Burke Magnus, ESPN Executive Vice President, Programming. “We are thrilled to collaborate with the league in their inaugural season. ESPN loves the sport of softball and we are eager to enhance our women’s sports programming portfolio with this new addition.”

The production will blend unique player access with new broadcast technologies to provide viewers in depth insight into players, game scoring and real time player rankings. The league plans to highlight these innovative elements as part of each broadcast:

“Having all 30 games available to our fans with enhanced technology is an amazing opportunity to showcase our talents and increase awareness for professional softball around the world,” said Cat Osterman, USA National Team member and confirmed Athletes Unlimited player.

Athletes Unlimited leagues will feature a range of scoring innovations to bring athletes and fans a unique and intense version of the sport. Individual athletes will earn points based on both team wins and individual performance and become the champions in team sports. Points can be earned on every play and the leaderboard will change constantly. In addition, the teams will change each week, with the top four athletes in the standings serving as captains and drafting their teams. At the end of the five-week season, the player with the most points will be crowned as individual champion.

Athletes Unlimited is a new model of pro sports where athletes are decision-makers and individual players are champions of team sports. We literally change the game with faster play, and a new draft and team rosters every week, delivering next-level competition and engagement in which every moment counts. Beginning in 2020 with women’s softball and following with women’s volleyball with other sports to follow soon thereafter, Athletes Unlimited will build the next generation of both athletes and fans.