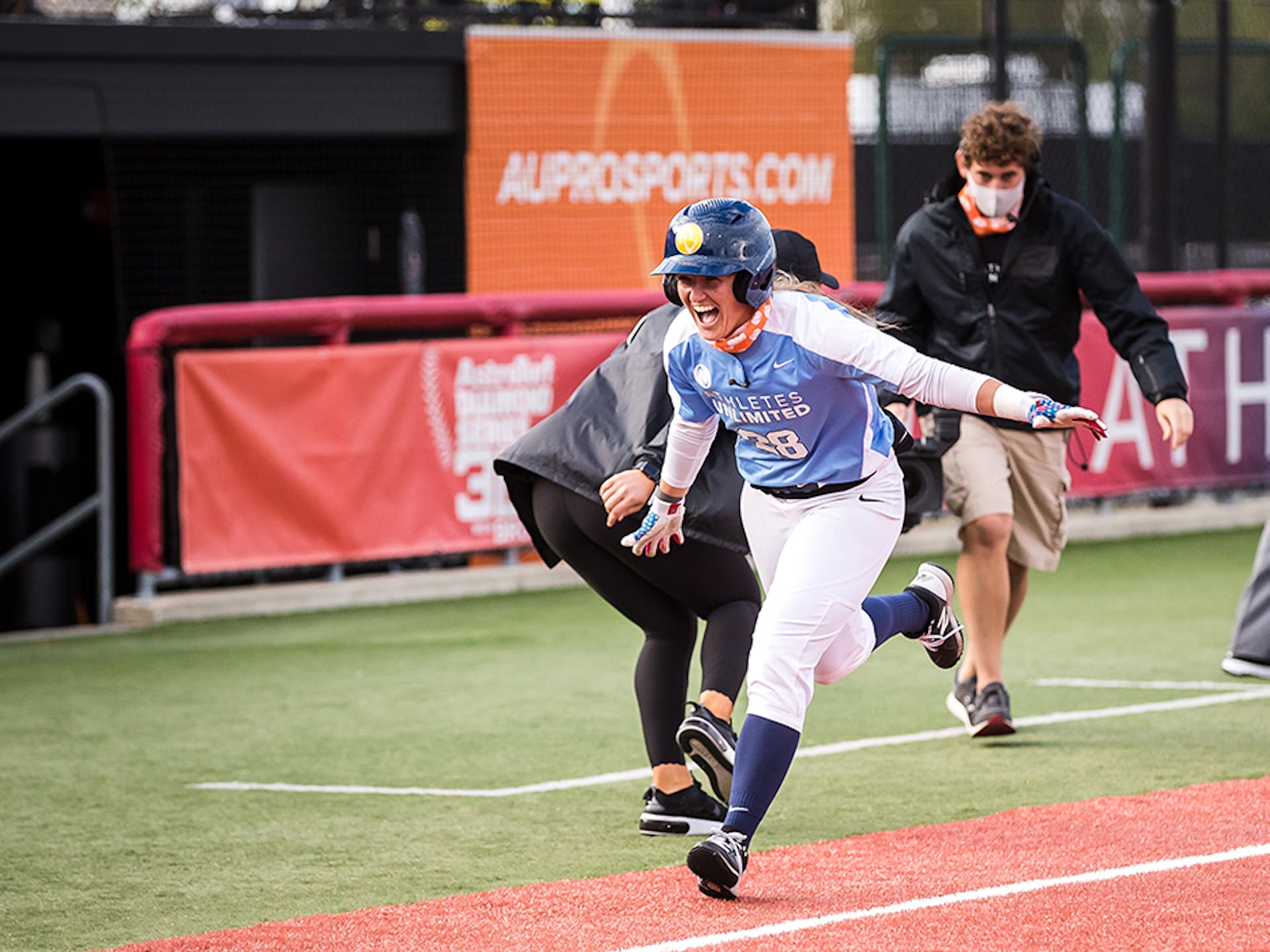 In all, batters from both sides combined for seven home runs, with Kelsey Jenkins, Aleshia Ocasio and Sashel Palacios hitting their first homers on this last day of the Athletes Unlimited Softball season.

In the end, though, it was some familiar power hitters who helped Team Piancastelli rally from an 8-1 deficit that had piled up by the fourth inning.

Sahvanna Jaquish got things going in the fourth with a three-run homer, her ninth of the year to tie her for the league lead with captain Erika Piancastelli. On-base machine Nerissa Myers, playing in her last pro game, hit her second homer of the season in the fifth to make it 8-6.

Haylie McCleney capped the afternoon with a go-ahead three-run shot to right-center in the sixth. It was her sixth of the season. And to hear McCleney tell it, there was no quit in the Blue dugout, even down 8-1.

“No, not at all,” she said. “We knew that we were in it the entire game. And we said when we were down 8-1, ‘Just chip away. Just pass the bat. Just continue to pass the bat.’ We did that. And you could tell, the closer and closer we got, the more and more belief we had. I happened to get the last big hit, but there were so many big hits before that.”

McCleney was voted MVP 1 of the game, earning 60 additional points. MVP 2 honors and 40 extra points went to Myers, who had singled and grounded out before her homer. With the wind favoring flyballs, no way was she going to pound another into the turf.

“It was really nice,” she said. “I have a great group of hitters around who make it really easy to swing. So I swung … I was not hitting another groundball. Elevate and celebrate.”

Jaquish has been one of the most dangerous hitters all season. She was asked about a friendly competition for the league home run lead with Piancastelli.

“Probably not for her, but I wasn’t going to let her do that by herself,” Jaquish said. “I respect Erika Piancastelli 1,000 times over. She has been one of my friends since McNeese and Louisiana. She’s just a great captain, and I think we can all attest to that. She is genuinely rooting for you every single time.”

This game doesn’t turn out this way if not for the relief pitching of Taylor McQuillin, who came on in the fifth and worked three scoreless innings to earn MVP 3 honors and 20 extra points.

“It was absolutely clutch on her part,” McCleney said. “We knew it was going to be a pitch by committee coming into this weekend. Taylor was absolutely lights out. There is no way we got the job done without her today. It was so much fun to play behind her defensively. She was just on it from the get-go. From the moment she came in you just knew that she had her stuff.”

Myers was asked about her swan song from softball.

“This is definitely my last game,” she said. “I don’t really have much to say. My teammates have had my back the entire time I was here. It’s been amazing. It’s been a whirlwind. Everyone here helps me along the way. I greatly appreciate you and everyone who I’ve learned (from) and talked to here. I really appreciate them. I think that we have a really good group of girls coming up to elevate softball. I think softball’s on the rise.”