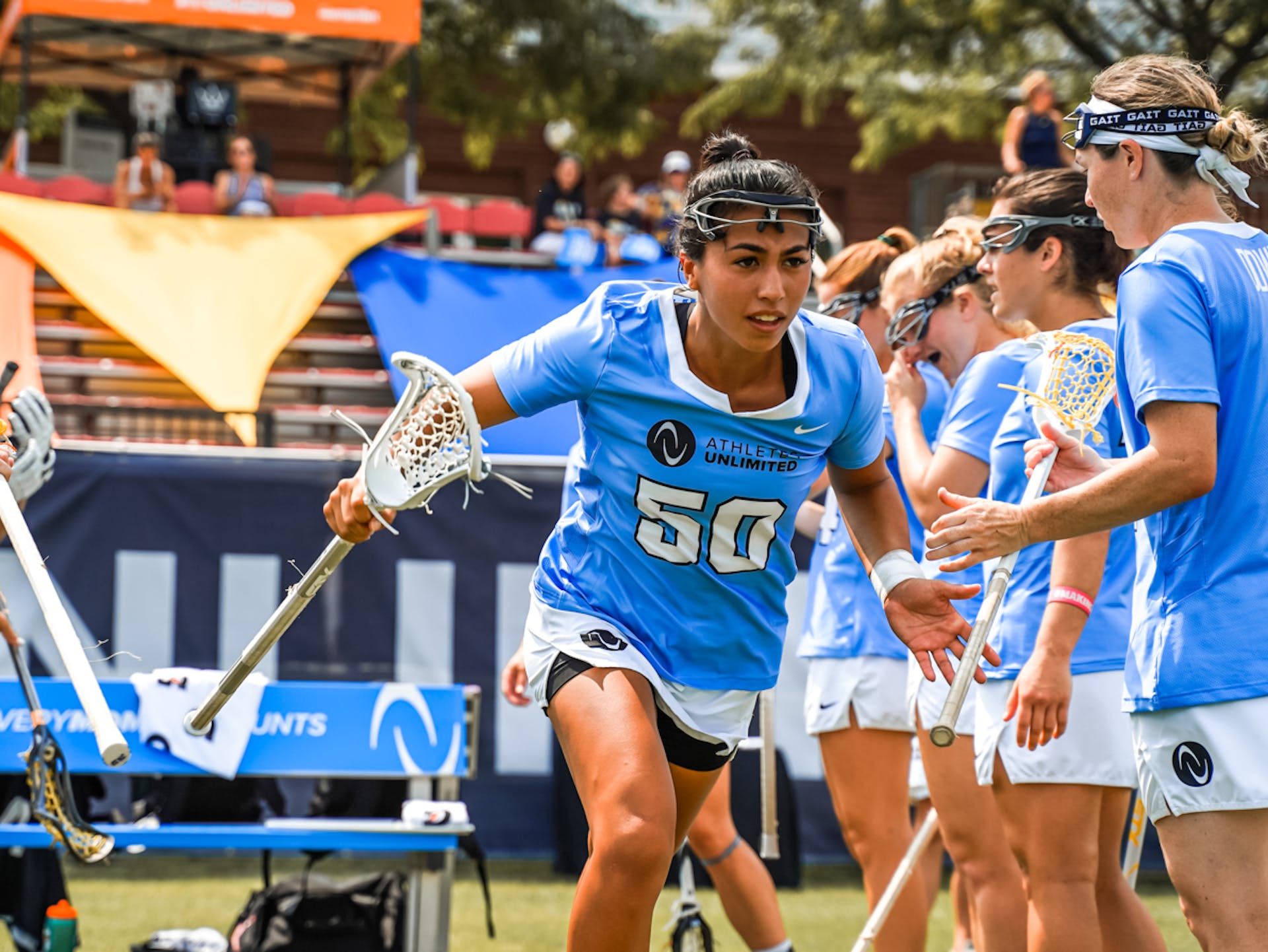 For rookie attacker Izzy McMahon, lacrosse was never just a pastime. In a family where every member has played collegiate lacrosse, it was a rite of passage.

McMahon’s parents Paul and Karen both played at the college of William & Mary, and her four sisters – Gabrielle, Daniella, Michaela and Sophia – have all played Division I lacrosse as well. Gabrielle and Michaela played at the University of Southern California (USC) like Izzy, while Daniella and Sophia chose Stanford University.

Her parents never forced their daughters to play lacrosse, but they encouraged it from the time McMahon and her sisters were very little.

“My parents put a stick in our hands from the moment we could walk, practically,” McMahon said.

The McMahon girls began playing lacrosse when they were in kindergarten or first grade, and their parents were an integral part of their lacrosse journeys. Their mom formed the local club team, the Clarkstown HotShots in Clarkstown, NY, because there was no team nearby when they moved there. She coached her daughters through their senior years of high school, becoming Izzy and Daniella’s coach at Saddle River Day School because the school didn’t have a lacrosse program yet.

“Pretty much everything we did lacrosse-wise at that age involved my parents,” McMahon said. “We were always competitive, and my mom pushed us. We got pretty lucky with where we ended up.”

While the path to play Division I lacrosse seemed set in stone for all five McMahon daughters, Izzy initially set out on a different journey: collegiate basketball. She stopped playing club lacrosse in high school to focus on basketball, only continuing lacrosse with her school team. Her dedication to basketball led her to West Point, and for a while she thought her time playing lacrosse had come to an end.

She soon discovered, though, that she wasn’t ready to put down her stick just yet.

“I went to West Point and played basketball there, and when I got there I realized that I actually missed lacrosse now that I didn’t have it. I ended up walking onto the team there and played both sports,” McMahon said. “It was probably one of the best decisions I’ve made.”

After one year at West Point playing both basketball and lacrosse, McMahon made the decision to transfer to a different school. Basketball was incredibly competitive, and being on the shorter side at 5 feet three inches she determined that lacrosse would likely give her a greater opportunity to succeed.

“I knew I had a better chance of getting somewhere with lacrosse,” she said. “I had that connection with my older sister being at USC. I ended up playing for four years at USC and I’m very happy with that decision.”

While they grew up in New York, all five sisters played out west in the Pac-12. Gabrielle initiated the McMahon migration when she played at USC, and Daniella and Sophia found home further north at Stanford. Izzy and Michaela both transferred to USC from East Coast schools, since Michaela’s previous school, University of Pennsylvania, struggled to have a season after COVID-19 had hit.

“For me, it was following my older sister and wanting a change, going from Army to USC. It wasn’t just a change of schools, but a complete change of worlds,” McMahon said. “I spent my whole life in New York, and was ready to find some new opportunities on the West Coast.”

Because she played in the same conference as her sisters, McMahon had the opportunity to play both alongside and against her siblings while at USC. She adored playing on the same team as Michaela, with whom she has strong on-field chemistry, and she treasured the opportunity she had to compete against Daniella and Sophia when facing Stanford. Before every game McMahon played against the Cardinal, she and her sisters would always meet at the center circle and give each other a hug.

“We compete for 60 minutes, and at the end of the game we’re leaving arm in arm. It’s always about family, but when it’s game time it’s game time,” she said.

McMahon is now in the midst of her professional debut with Athletes Unlimited, but this is where her path will once again veer away from that of her sisters. Gabrielle, Daniella, Michaela and Sophia love lacrosse, but Izzy is the only one who strived to play professionally.

“I think playing professionally was more of a dream for me, but it wasn’t really an option at first,” McMahon noted. “I didn’t get drafted originally, and  I thought I’d never be training and competing again at a higher level. When [Athletes Unlimited] called me about two weeks before the season started, I told them, ‘Give me a time and place, and I’ll be there.’ It was a really cool moment for me.”