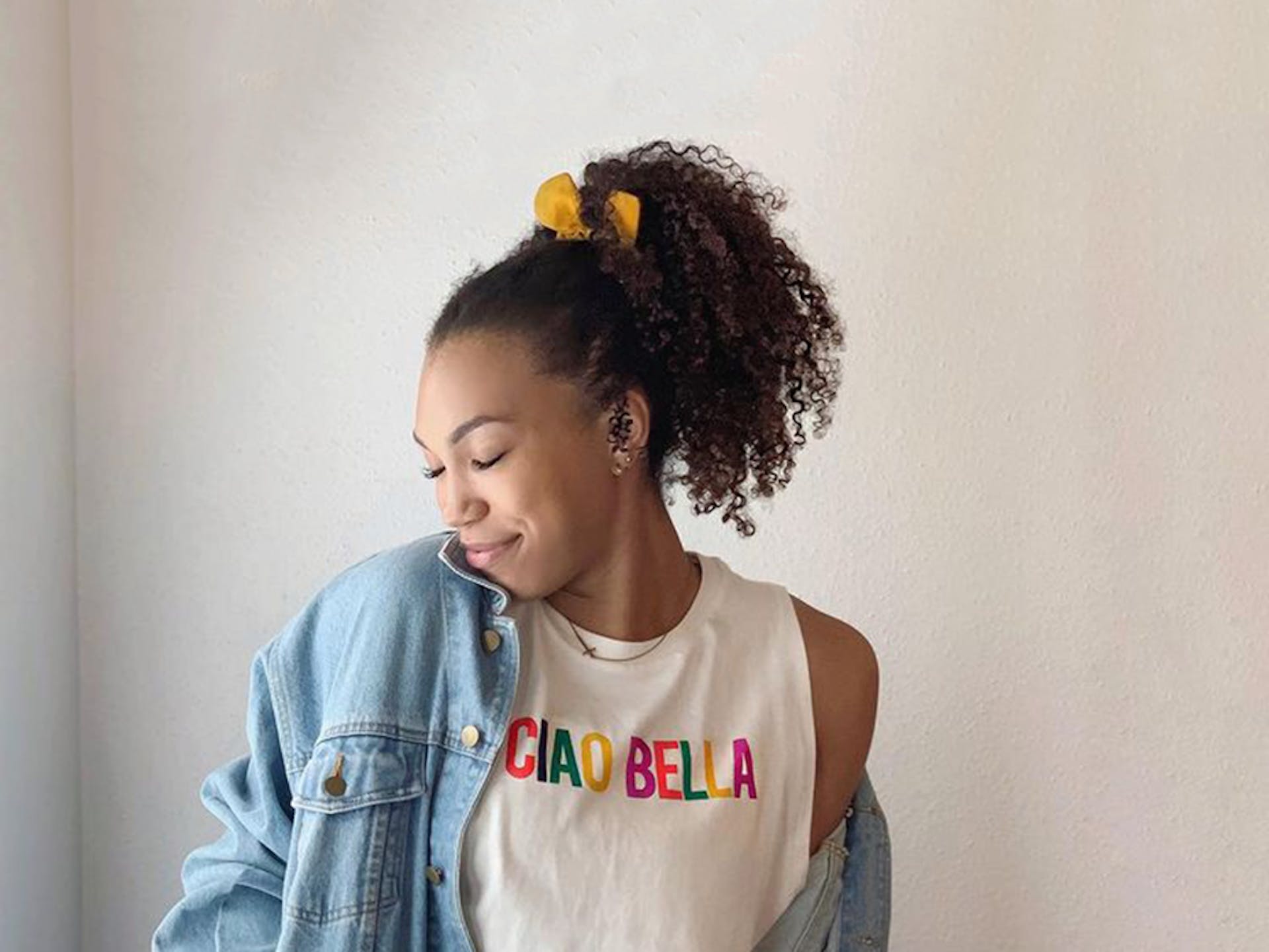 Ebony Nwanebu describes herself as a “mental-health enthusiast.”

Given her passion for the subject, perhaps a better word would be “champion” or “advocate” or even “warrior.”

Nwanebu’s singular drive regarding mental health stems from her own experiences in suffering depression and performance anxiety after she suffered a fracture in her L5 vertebrae early in her college career, which began at the University of Southern California and wound up at the University of Texas.

The native of Fairview, Texas, will be playing volleyball for Athletes Unlimited come February, and she will bring that passion for good mental health with her.

“I started having anxiety and depression when I was in college, and I never really knew of anyone who was going through the same thing that I was,” she said. “So I just wanted to spread the fact that we’re not alone, people like me who have anxiety. I’m very passionate about just getting rid of the stigma behind it and having other athletes know that it’s OK to speak out. You don’t have to hide everything.”

Nwanebu says she’s in “a great place” mentally now, but it wasn’t always that way. The lower-back injury robbed her of the one thing she has been doing since the age of 5, and it also took her self-confidence along with it.

“It started at USC, and it was nonstop,” she said. “My club team won nationals and then a couple hours later I was on a flight to USC. I just never really had a break. I was national freshman of the year and all that fun stuff. Then I went to go play on the national team immediately after I got done with my spring season at USC. So my body really never had a break. It started hurting at USC, and I thought it was muscle tightness. I thought I would get over it.”

Things came to a head when Nwanebu was playing overseas after her freshman year.

“There was one play when I was in Switzerland and I’ll never forget it,” she said. “I jumped and I landed and I had the worst pain in my back. I couldn’t even walk. I finished out the set, but after that I was done. I went back to America and I found out that I fractured it in two places. I was out for a while. I went back to USC in July of 2014 to start the next season.

“I was out only for three months, and I started playing again. You’re supposed to take a whole year off. But I just wanted to play. Then I couldn’t perform like I did my first year, in which I had all that success. Then all of a sudden I didn’t have it anymore. That’s when I started to experience severe depression, and that’s when I started getting performance anxiety.”

For Nwanebu, this was something totally new and alarming, especially since she had enjoyed nothing but success as a volleyballer her entire life until then.

“I never really had problems with my mental health or anything until that happened,” Nwanebu said. “I just didn’t get nervous or anything for games. I was excited to play volleyball. Then when I hurt my back and I couldn’t really perform how I wanted to, that’s when I started to experience anxiety. And I just didn’t want to play. I didn’t want to be on the court. I had no clue what was going on with me.

“It all started there, and it started spiraling.”

After reaching what she called the lowest point in her career, things began to change for the better. One of those changes was transferring to Texas, a decision she announced on her 20th birthday.

“When I transferred to Texas, I medically redshirted,” she said. “That year, it was just more of not just physically healing but mentally. So I got to just talk more. I started seeing a therapist regularly. I talked about it more. My coaches were super, super supportive. They encouraged me to write more and talk to them. I met with them weekly. It was just a big healing year for me. I think that really helped and just continuing to reach out to people, not only letting them know that they’re not alone but also I’m not alone. That helped a lot, too.”

Part of that writing includes a blog: EbbOnTheWeb.

“I started seeing a therapist, and she kind of just told me that it’s normal to have anxiety,” Nwanebu said. “That’s kind of where it started. I started my blog just to try to get my brain off of volleyball because I was just sports driven my entire life. I started playing when I was 5. So all I’ve ever known is volleyball and success at volleyball. And then I didn’t have that anymore.

“I started my blog and then I started having tons of people throughout the country and even outside of the country reach out to me and say, ‘Oh, I thought I was the only one going through all of this, and I’m glad I can relate to someone.’ That’s when I became passionate about it, because I felt alone and the fact that thousands of other people also feel alone, I just don’t want people to feel alone in it.”

Nwanebu brought her college career to a successful conclusion at Texas before she graduated and played pro volleyball in Turkey and Italy.

But the desire to help others in their own struggles with mental-health issues never left her.

“When you’re going through mental-health stuff, you just feel super lonely,” she said. “I remember not knowing if I could talk to my teammates about it or my coaches or if I did, some of them just didn’t understand. That feeling, when you go through it, is the worst feeling in the world. If I could help just one person not feel that way, I wanted to.

“After I graduated from Texas, I started a little mini tour. I was going to high schools and different colleges, and I was speaking about mental health. That was a nice little way to just reach out in the community. I went to different places in Texas. I went to Georgia, just talking about my experience with mental health. I’m still doing that with club players now. I’ll go to different clubs or I’ll have little camps and when we’re done playing volleyball, I’ll take 30 minutes and just talk. Sometimes people just need to talk. They don’t really need anything else but to let out that emotion.”

The reaction, she says, has been one of appreciation, not only from young athletes, but from their parents as well.

“They’re like, ‘Thank you for speaking out about it. It’s nice to have someone who has played at your level experience the same thing I do,’ because everyone goes through it a little bit in their life,” Nwanebu said. “They were just very happy that someone who has played professionally has also gone through what they go through, and the parents, especially.

“The older generation has gone through the same thing, but they didn’t necessarily speak about it because there was more of a stigma back in the day, especially with my mom. When I first started talking to her about it, I don’t think she completely understood it. It was more like, ‘You’re sad.’ But then when I started doing more research, it’s more of a chemical imbalance in your brain than just an emotion. So just getting parents to understand that part of it, that your child is not just sad. They actually have something that’s an imbalance that’s causing them to feel this way. I think that’s really helped them, too.”

Like all Athletes Unlimited Volleyball players, Nwanebu is getting ready for the inaugural season. She suffered a mild bout with the coronavirus in June but recovered and has been working out daily, even taking up running.

There are other happy endings for her, too. While she was playing in Italy, she adopted a dog, Kylo. Unable to bring him home at first, she and pooch were finally reunited.

“He came home in June,” she said. “He was in Italy for two months. He’s my whole world. I got him because of my anxiety. Having to leave him I think caused us both a little bit of pain … I went to pick him up at the airport, and he was super excited. I cried a little bit. He’s home and he’s happy.”

Now that everybody is happy, Nwanebu can look forward to an exciting new sports adventure with Athletes Unlimited.

“I was supposed to be in Italy right now,” she said. “With the whole coronavirus thing – and then I got coronavirus – I was like, ‘I can’t. I just want to stay home just to be with my family while we’re going through all this.’ Then this popped up and I was like, ‘Oh, good, I can be home for a couple of months and play again.’ So I just jumped on the opportunity.

“I’m more excited to get playing again. It’s been awhile. I’m getting a little antsy. I’m also just excited to play with all these people that I’ve either played with before or I’ve seen on TV, the big names like Jordan Larson and all of those. I’m just excited to get to play with them or against them and just play some good volleyball. I think it’s going to be a really good season.”