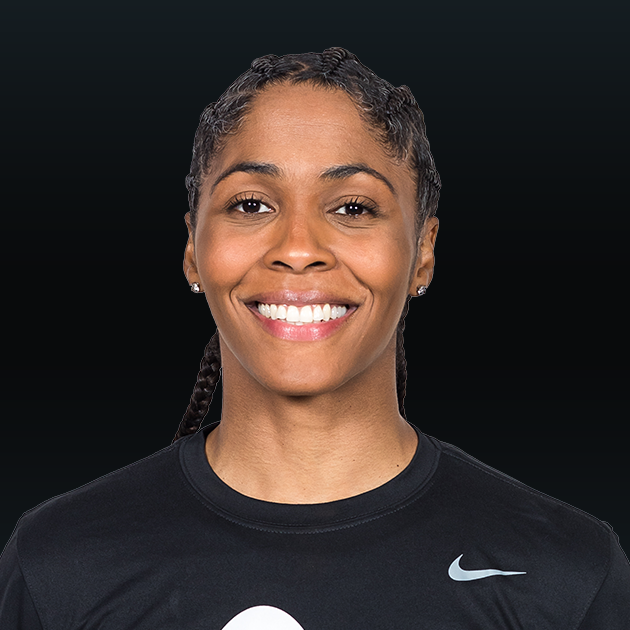 Competed in the 2019 WNBA Finals

Playing for The Guthy-Jackson Charitable Foundation (opens in new tab)

Personal: Chairperson of Athletes Unlimited Player Executive Committee ... aspires to become a sports commentator after playing career is finished ... hobbies include collecting quarters from every state ... served as an assistant coach at Rice University from 2015-17, leading the Owls to 2016-17 WBI title.

2022 Season: Closed inaugural season in 12th place on the leaderboard with 4,162 points ... authored 400 or more points in a game five times, including season-high 481 points against Team Cloud on Feb. 11 … earned three game MVP awards, including a pair of MVP 1 commendations … ranked second in the league with 104 assists, including three games with 10 or more assists … led her team in assists in 10-of-15 appearances ... fashioned seven or more assists in 7-of-15 games … ninth in the league with 456 minutes played while starting all 15 games ... also finished 10th in the league with 146 field goal attempts and 62 three-point field goal attempts … registered 10 double-digit scoring efforts, including two games with 20 or more points … set season high with 20 points on 9-of-18 shooting from the field on Feb. 11 against Team Cloud ... also dished out nine assists … led Team Hawkins to Feb. 18 victory over Team Cloud ... matched season high with 20 points, including game-winning three-pointer from beyond midcourt in overtime ... shot 6-for-9 from the field in the win while converting all six free throws in 38 minutes … finished season with a flourish, by authoring a double-double in last two games ... scored 13 points with 10 assists against Team Harrison on Feb. 25 before a 13-point, 10-assist effort in triple-overtime victory against Team Cloud … opened season with back-to-back double-digit scoring efforts ... netted 15 points in season opener against Team Carrington before contributing 16 points in victory over Team Sims.