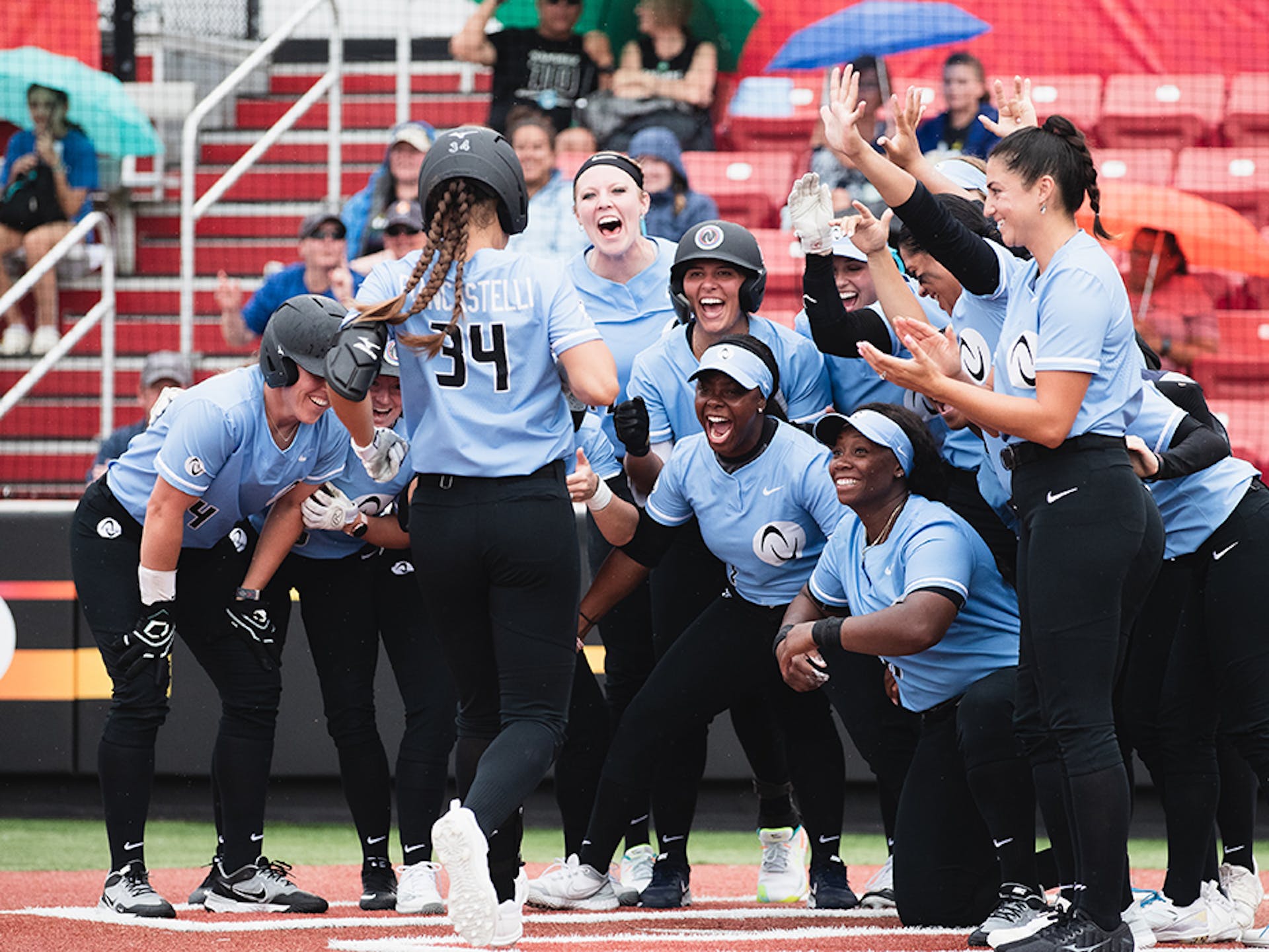 ROSEMONT, Ill. — While the temperature at the Parkway Bank Sports Complex may have cooled off a bit because of rain, it certainly didn’t cool off the bats for Team Mulipola during its Week Two finale against Team Harshman on Sunday afternoon.

The squad exploded for a season-high 13 runs, including seven in the first two innings, en route to completing a three-game sweep with its 13-8 victory over Team Harshman to open Sunday’s Athletes Unlimited Softball twinbill.

Catcher Taylor Edwards secured MVP 2 notice in the loss for Team Harshman, going 2-for-4 with a two-run home run and an RBI single. Edwards fashioned 120 leaderboard points for her efforts.

Relief pitcher Sydney Littlejohn Watkins earned her second win of the season in the circle after allowing two runs on four hits over 2.0 innings of work. Danielle Watson (0-2) took the loss after giving up seven runs, including six earned runs, over 1.1 innings with seven hits.

After taking the early 1-0 lead on an RBI single by first baseman Amanda Chidester in the first inning, Team Mulipola erupted for six runs on six hits in the second frame for a 7-0 lead. The team sent 11 batters to the plate in the frame and had seven straight hitters reach base.

Mulipola, Chidester and outfielder Haylie McCleney took over the top three spots on the leaderboard heading into the Week Two finale between Team Eberle and Team Jaquish. Meanwhile, Piancastelli had an 18-spot improvement on the leaderboard with her 210 points on Sunday afternoon.

Volleyball: Where to Watch Week 5

Gwen Svekis: Proud to be me