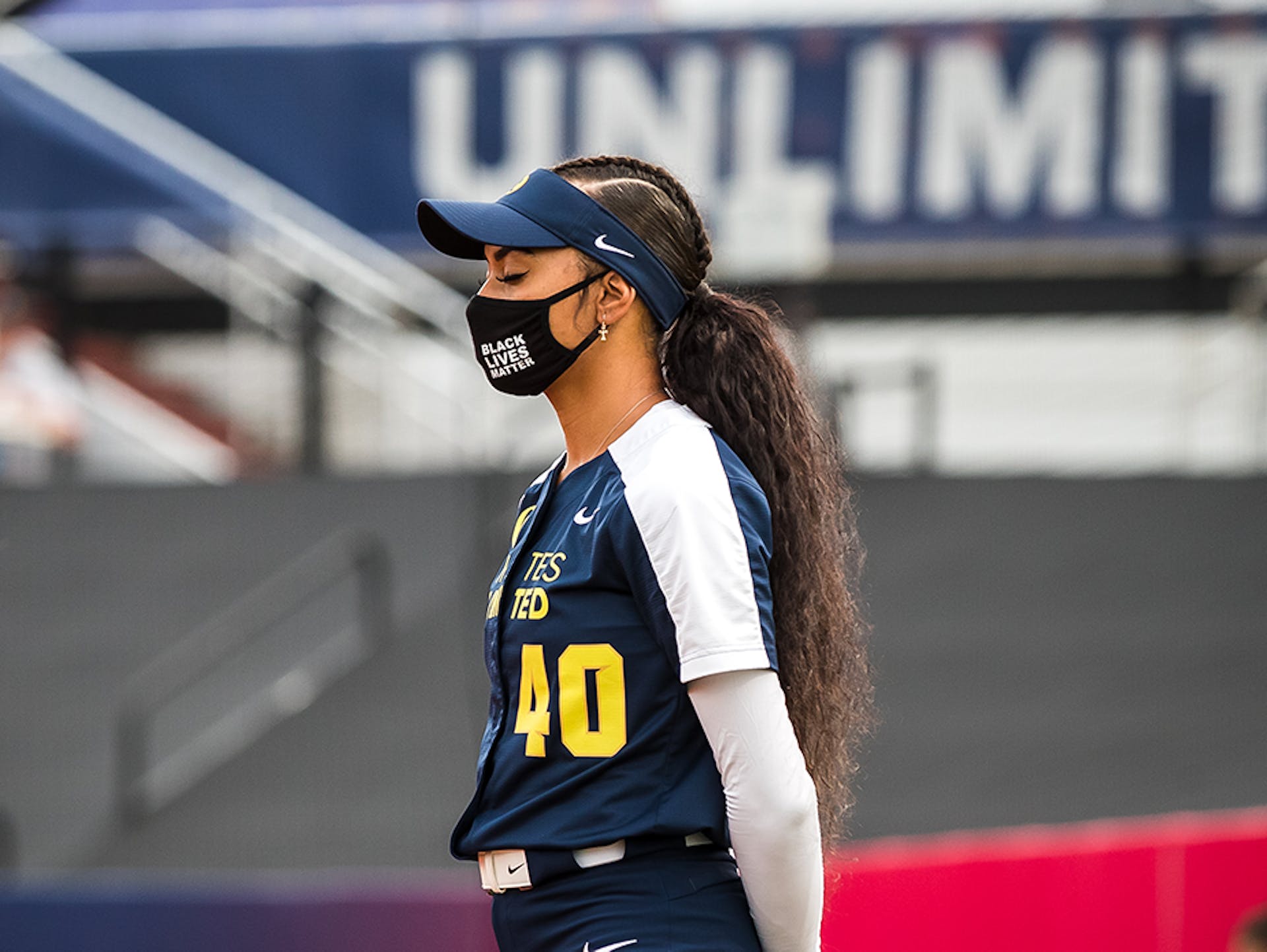 Jazmyn Jackson: What I Stand for

There is a silencing effect of the United States of America’s national anthem. We have all felt it. Whether it was in school before class, on the field before competition, in the stands before a sporting event, or on the Fourth of July — if you’ve heard this song, you know this feeling.

I am excited to tell you the respect it demands from me: Jazmyn Jackson, Professional Softball Player, Human, and Citizen of the United States of America.

My journey with the national anthem begins in 2014, the year of the rise of the #BlackLivesMatter movement. For the first time ever, I was hearing the national anthem before every game. Initially, you are swept away by the new nerves and excitement that comes with playing collegiately. You feel big time. Simultaneously, riots and protests were going on everywhere in my college town of Berkeley, California and players in the NFL were beginning to demonstrate actions of solidarity with the Black Lives Matter movement. In fall 2014, amongst the recent deaths of Michael Brown in Ferguson, Missouri and Eric Garner in New York City, I am starting to feel uneasy about what exactly I am standing for. What exactly am I standing for?

Fast forward to the summer of 2015, I am representing my country on the United States Junior Women’s National Softball Team, and after this year I continue on to compete with the Senior Team for four more years. During those five years I came to understand that every single person stands for something different, and I am excited to know my why and my reason. I am no longer standing because that’s what I was taught, I am standing for a reason entirely my own.

I stand for my heritage, my ancestors, and their fight. When I close my eyes on the baseline during the national anthem, I am overwhelmed by the presence of the spirit of my ancestors. I am overflowing with emotions of gratitude and grit and gallantry. I am reminded of the perseverance of my Mexican-American ancestors that worked tirelessly in the farms of Central California—making almost nothing—to create better lives and more opportunities for their children and future family. I am reminded of the everlasting and ongoing fight of the African American in the United States of America, and the fact that my ancestry has fought unspeakable injustice to create a better future for entire generations. Most of all, I am humbled by the reality that they never had any idea what would come of their struggle. My lineage had absolutely zero notion that because of their fights against injustice and inequality in their lives, that they would have created an opportunity for me to play on a field that would allow me to be a first generation college graduate, or win a gold medal, or compete as a professional athlete, or even write an article describing how essential their fight was to the entire makeup of my life.

I stand for my heritage, my ancestors, and their fight.
Jazmyn Jackson,
Athletes Unlimited Softball Player Executive Committee

The fight of my family was not in vain, and that is the most empowering feeling I have ever experienced. They fought for my right to stand or kneel for the national anthem. They fought for my right to go to school, to vote, and to literally be free to be my own person. Their hope and determination to stand for justice has given me the ability to represent my ethnicities on a national and international level.

Denham and Wagner combine for two-hit shutout against Team Osterman