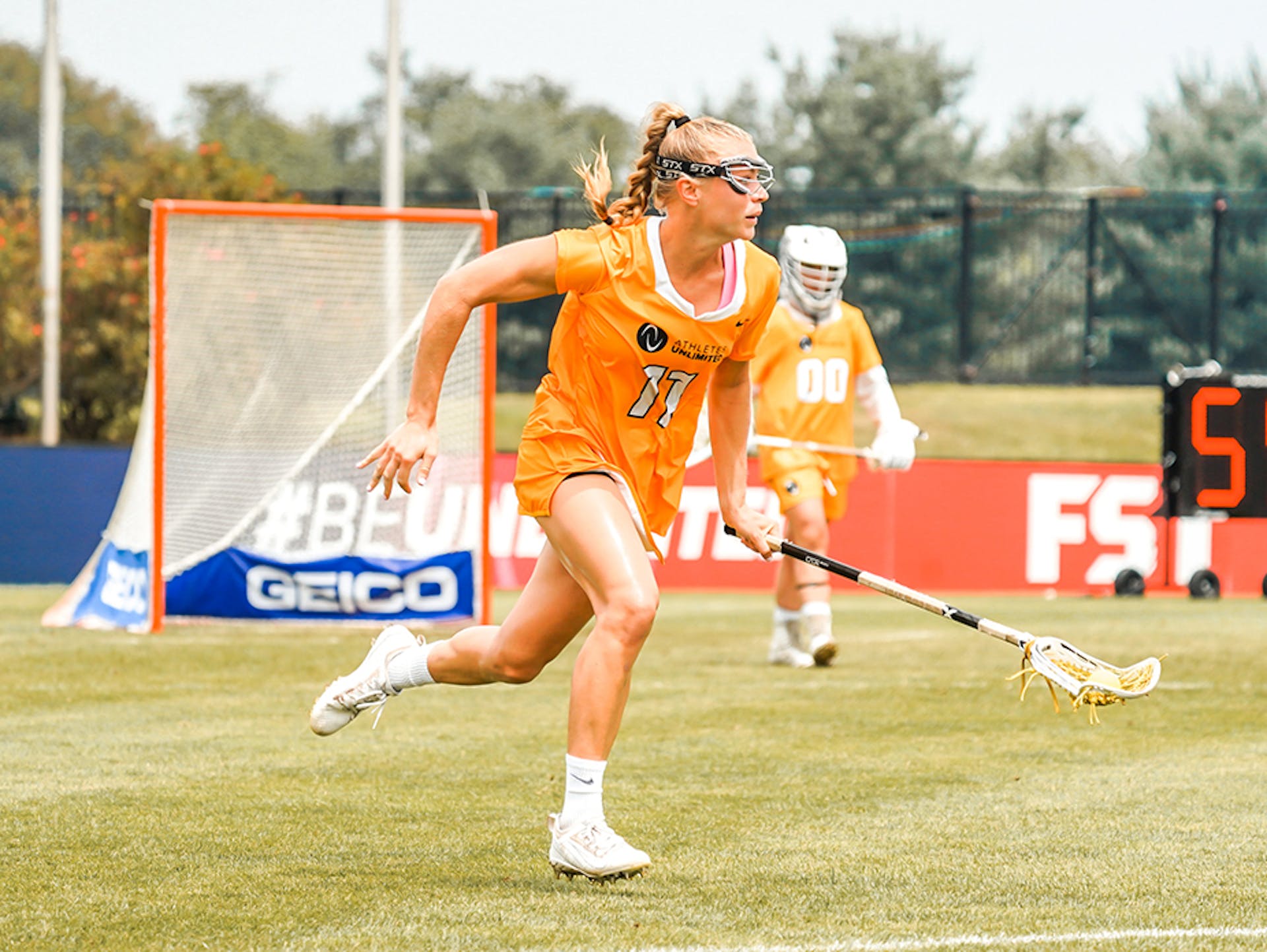 Tweets of the Game: Team Ohlmiller hangs on against Team Douty

Team Ohlmiller and Team Douty kicked off the first of two games on the final day of Opening Weekend, but this time, with fans looking on.

The crowd, filled with fans local to Gaithersburg, Maryland and from across the country, marked the first game day with fans in attendance in Athletes Unlimited history.

Kayla Treanor netted four goals and had two assists to lead the way for Team Ohlniller. She accumulated 131 points and was named MVP 1 (+45) for 176 points overall. Dempsey Arsenault earned MVP 2 honors (+30) with a goal and two assists, along with three ground balls and two caused turnovers. She had 195 points on the afternoon.

For Team Douty, captain Meg Douty was named MVP 3 (+15) and finished the afternoon with 51 points.

Heading into the final game of Week 1, Kayla Wood (501), Kayla Treanor (496), Dempsey Arsenault (463) and Haley Warden (411) sit comfortably atop the leaderboard as four captain spots are up for grabs for Week 2.

Here are today’s tweets of the game!

Sundays are better with 🥍.

Pretty cool to see @AUProSports in person in its first weekend and some great people from my time on Long Island. pic.twitter.com/5K9LVZdjt5

It’s youth day here at @AUProSports! ☀️🥍🧡 Two of the organizations AU is partnered with and honoring today is @CityLaxNYC & @HarlemLacrosse.

From a fan: “All these people need to know what they’re missing not watching women’s lacrosse.” 🚨

This is your notice! 🔥 Turn on @AUProSports NOW!

Athletes Unlimited was the BEST sports world ever formed. Volleyball, Softball, Lacrosse. Love to see soccer one day in it!!

CHOOO CHOOO ALL ABOARD THE KAY TRAIN🚂@kaylatreanor adds her 10th goal of the weekend for Team @kylieohlmiller 🔥#BeUnlimited // 📺: @FS1 pic.twitter.com/GoQcg1PwDq

Team gold is too good @AUProSports