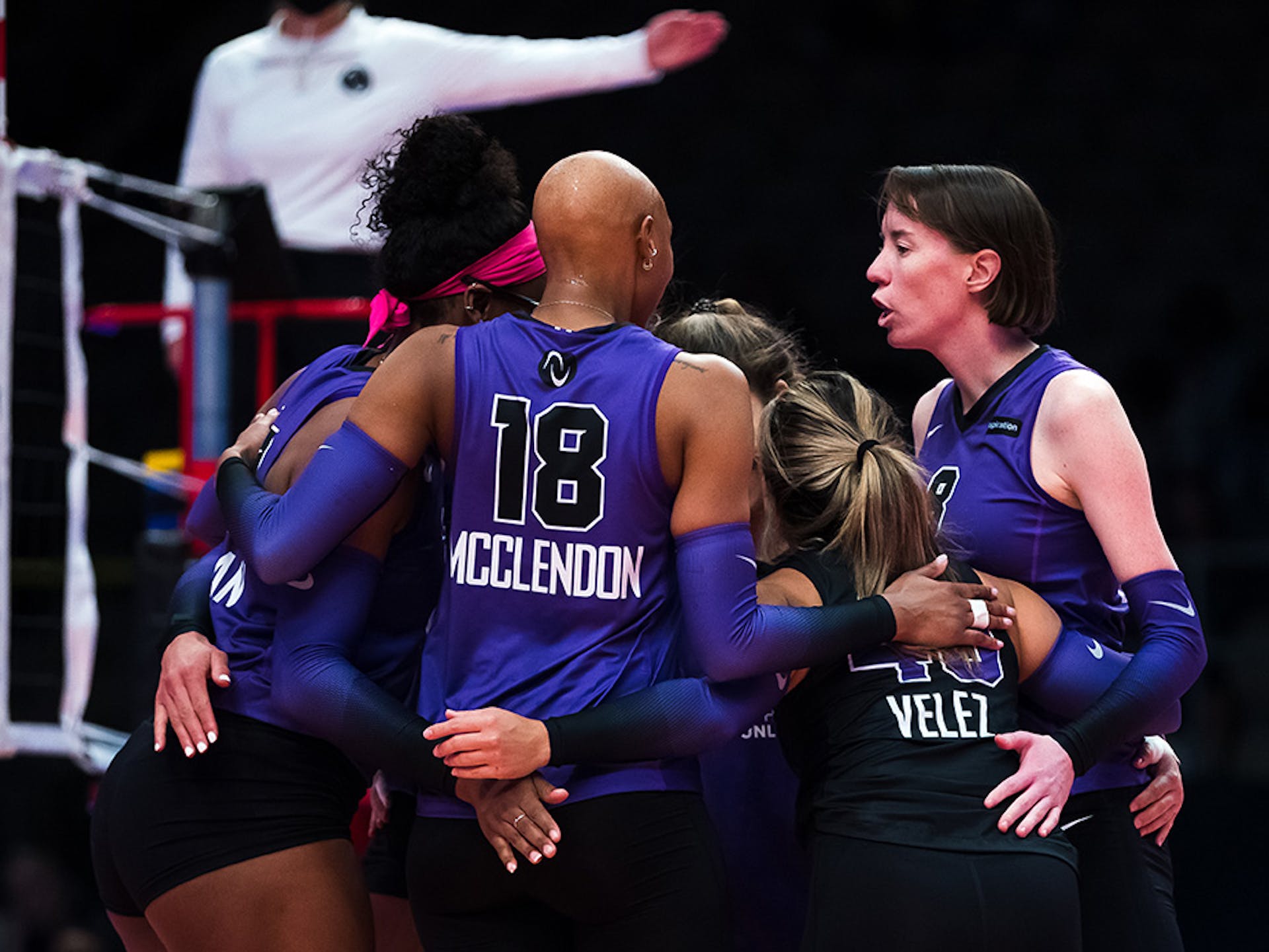 Team McClendon, which finished the opening week of the season with a 2-1 record, secured the victory by set scores of 25-23, 26-24 and 25-11. After winning its first match on Wednesday, Team Lowe dropped back-to-back decisions to finish with a 1-2 record.

Drews, the top overall pick in last Sunday’s inaugural weekly draft, continued her solid start to the season and posted a match-high 16 kills on 36 attempts while chipping in six digs and two service aces. Edmond, meanwhile, followed with a season-high 14 kills and a .400 hitting percentage.

Setter Natalia Valentin-Anderson contributed a season-high 43 assists in the victory for Team McClendon, which finished with a .362 hitting percentage.

Team captain Karsta Lowe paced Team Lowe in the loss with 11 kills and a .233 hitting percentage, while setter Carli Lloyd added her third consecutive double-double with 25 assists and 12 digs.

Team McClendon used a .256 hitting percentage and a combined 11 kills from outside hitters Dani Drews and Leah Edmond to take a 25-23 victory in the opening set before holding off Team Lowe in the second set with a 26-24 verdict. Team McClendon completed the sweep in dominating fashion with a .667 hitting percentage in the final set en route to a 25-11 verdict.

Team McClendon swept the 180 win points as a result of its victory over Team Lowe. Dani Drews reached the 400-point plateau with her 410 leaderboard points off 16 kills, six digs and two aces, while Natalia Valentin-Anderson followed with 294 points and 43 assists. Taylor Morgan earned 282 points with eight kills of her own.