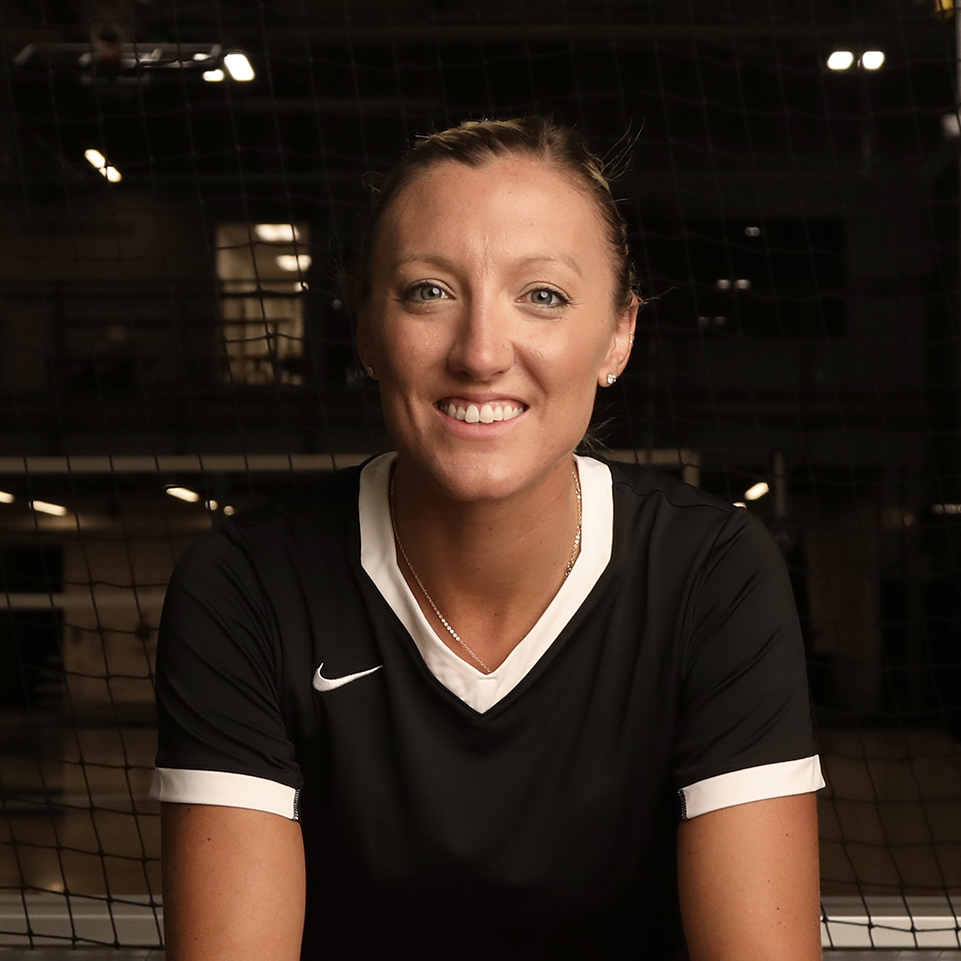 Jordan Larson-Burbach played multiple sports as a youth, and also played different positions on the volleyball court in different stages of her youth. “I played a lot of sports growing up. I was in soccer, basketball, softball and volleyball. I was in all these different sports, and my parents sat me down. I started playing club volleyball, and asked myself if this was something I wanted to take seriously, then I just kind of ran with it. I was 12 years old when I started volleyball, but I still played basketball and ran track in high school. But I was playing more volleyball outside high school.” By not specializing in a volleyball position as a young player has helped her game. “I actually started as a setter, transitioned to middle blocker and now I am an outside hitter. Just to remember where I was before is kind of crazy to think about. I have become such a better player and teammate. Knowing my role on the court as a player is unbelievable to be in the position I am today.”

She is a two-time AVCA First Team All-American while playing for the Cornhuskers at the University of Nebraska-Lincoln. Larson joined the U.S. women’s national team in 2009. In her first season, she averaged 2.73 points and 1.06 digs per set while starting 19 matches in the Pan American Cup, FIVB World Grand Prix, and NORCECA Continental Championship. She also played for Dynamo Kazan. Larson won the bronze medal and the Best Receiver award of the Women’s Champions League 2011/12, after her Russian team Dinamo Kazan defeated Italian MC-Carnaghi Villa Cortese. She won the gold medal and the Best Blocker award of the Women’s Champions League 2013/14. Dinamo Kazan won against Vakifbank Istanbul in the final. Larson Burbach won the 2014 FIVB Club World Championship gold medal playing with the Russian club Dinamo Kazan that defeated 3-0 the Brazilian Molico Osasco in the championship match. In season 2014/15, she will play for Turkish team: Eczacibasi Istanbul.