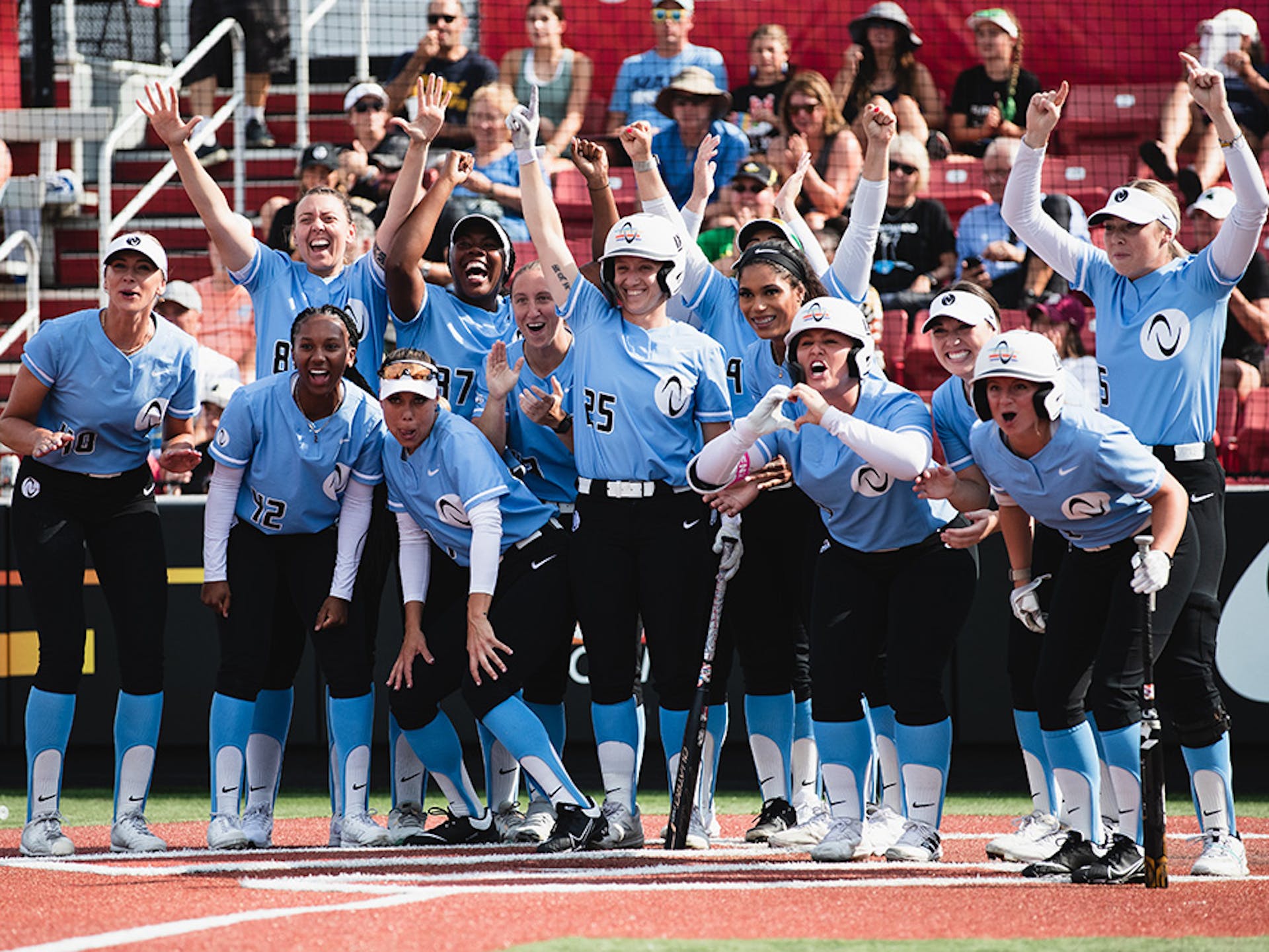 More Than Just a Girl's Version of Baseball

Here's What to Know About the History of Softball

In August 2020 something revolutionary will happen in the sport of softball.

Athletes will take the field to kick off the first ever Athletes Unlimited season — a dream that has the potential to change the way women’s sports are played across the world. With team ownership eliminated and athletes empowered to make their own draft selections, the women who take the field on that Monday in August will certainly earn a spot in the history books of one of America’s favorite sports.

Yet for softball, while this change is undoubtedly momentous, it’s also nothing new. That is to say, the sport’s entire 133-year history has been built upon the concept of change and a passion for innovation. To be a softball player and fan is to embrace change. It’s how the sport has thrived, from its early days as an indoor pastime to its current inclusion in the Olympic program.

Not just a women’s version of baseball

It all started with a boxing glove and a broomstick.

These might be unlikely instruments in the formation of a new sport, but in the fall of 1887 they were pressed into service by a group of Harvard and Yale football fans to create the sport of softball. The men had gathered in a Chicago gymnasium to follow the play-by-play of the annual Harvard-Yale Thanksgiving matchup. When Yale won, an excited fan tossed the boxing glove into the air and a disgruntled Harvard fan swatted it down with the broomstick. The group soon realized they had a new game on their hands. Indoor baseball — soon to be renamed softball — was born.

It didn’t take long for softball to travel throughout the continent, spreading north to Canada and throughout the United States. Two versions developed: fastball, the more athletic of the two, and slow pitch, which was seen as a childhood pastime and is still played in recreational leagues today.

Fastball was the version that could draw a crowd. A 1936 thesis, “Amateurism in Sport: Origin, History and Present Status,” about women’s sports noted that crowds for women’s softball games in Toronto had brought in $60,000 in gate receipts — at 10 cents each — over the course of a previous season. Translation: that’s a lot of tickets.

Softball leagues like this, not exclusive to Canada but also present in the United States, were summer sporting outlets for women.

“They were created to provide working class women an opportunity to excel at sport,” said Dr. M. Ann Hall, author of The Girl and the Game, a comprehensive look into Canadian women’s sport history. Especially during the Great Depression, softball was a low cost sport and women were welcome.

Women played an early role in professionalizing softball through industrial leagues. As women joined the workforce in the 1920s and 1930s, holding positions as factory workers or clerks, employers recognized a powerful enticement for employees was a winning company softball team. Women were recruited to work for different employers specifically for their softball acclaim. Industrial leagues helped early softball players achieve a degree of professionalism.

“Professionalism happened very early in women’s sport,” Dr. Hall said. “People think there were no professional women athletes until modern times, but that’s not true. They began quite early in industrial leagues.”

While softball initially began as a sport that both men and women played, men’s interest in participating waned over time. The sport wasn’t added to the Olympic program until the Atlanta Summer Games in 1996 and without the pull of an Olympic dream to guide them, talented men who were interested in earning money as professional athletes gravitated to baseball. This option was never available to women who clung to softball and now dominate the game today.

Softball has developed as a distinct sporting avenue for women, not as a stepping stone toward baseball.

“There’s a danger [thinking playing men’s sports is the ultimate goal] because you always place women’s sport as second to men’s sport. Until we break this mindset that the only valuable sport is men’s sport, we’re not there.”

A modern era of constant improvement

As softball continued to develop after World War II it received two major, historical boosts. The first? Title IX, the federal civil rights law implemented in 1972, created opportunities for female college athletes where there previously were few. As colleges began to develop sporting programs for women in response to Title IX, women had more access to better coaching and high-level competitors, which helped softball accelerate its athleticism and popularity.

The second major historical advancement for softball was its inclusion in the 1996 Atlanta Summer Games.

“There were so many athletes that were trying to make that squad for Team USA,” said Michele Smith, who pitched for Team USA from 1992 to 2002. “It was an incredible experience making the team, and walking into that stadium for that first-ever Olympic softball game.”

The United States won gold in that event and ushered in a new era for women’s softball. The sport remained on the Olympic program until 2008.

“The Olympic Games give any sport credibility,” Smith said. “When our sport was on the Olympic program, it took the respect level of not just the sport, but the athletes playing the sport, it took everything to that next level.”

The culture of softball has always been about innovation. As the sport experimented with the distance of the pitcher’s mound from home plate — extending it to 43 feet before the Athens Olympics — it inadvertently created an uneven playing field, leaving some countries scrambling to adjust to the new realities of pitching from a further distance. While the international softball community developed under these changes, softball was removed from the Olympic program — not to be added again until the 2020 Tokyo Olympic Games.

Undaunted, softball athletes and supporters pressed on to continue to improve the game.

“We are willing to change and do what we need to do to become the best version of ourselves,” Smith said. One particular change she noted is the increase in offense in today’s game.

“It used to be super pitcher dominated with one-nothing scores,” Smith said. “You have to be a huge sports fan to love watching a no hitter or one-nothing pitching duel.”

As softball players have experimented with titanium or composite bats, hitters have improved, changing the game for spectators and players.

“We’re not married to tradition,” Smith said. “I think the sport has changed for the great for the fans.”

Looking toward the future with an understanding of the past

In the spirit of constantly innovating, a new chapter now opens for softball. Not only is it back in the Olympic program, but innovations like Athletes Unlimited empower athletes to take control of their own careers.

The softball history books are ready for their newest addition — a moment for the sport to transform and break ground once again.